Our Bee Removal Process In Miami

Never call a pest control company to remove honey bees! We provide safe and effective (no-kill) bee removal process and then relocate the bees to a home where they can thrive. Contact us today about bee removal services around Miami.

Do You Have A Bee Problem? Our Removal Company Can Help

It’s a simple fact that the bee population has declined and when that happens, it’s a threat to human beings. While pest control services are great for getting rid of Africanized bees, all other bees and bee hives can be safely removed from your home or business.

We understand that you may not want honey bees swarming around your yard which is why we offer effective bee control. We’ll remove and relocate your honey bee colonies where they can thrive. Call us for live bee removal today.

The honeybee is the insect that benefits us the most. Bee colonies, which pollinate a large number of our domestically and commercially grown fruits and vegetables, must be protected in any way possible. It is estimated that honeybees contribute $10 billion annually to food production in the United States. As the main pollinators of almonds, apples, blackberries, blueberries, cantaloupes, cranberries, cucumbers, fodder crops, kiwi fruit, squash, and watermelons, honeybees play a crucial role in agriculture.

We safely remove bees from wherever you’d like them gone. Call us for a humane way to protect these vital resources rather than killing them. We’re the bee removal and relocation experts.

Here’s how we get rid of bees:

·     We identify what kind of bees you have – To identify the species of bee and assess the health of the hive, our honeybee experts conduct a home inspection. Our team is able to determine the best course of action for the safest removal possible.

Our team takes great care to take the honeybees from their hive. We will take the hive down when the bees have been removed and choose the appropriate method for the hive removal process based on the location of the hive.

We are aware of the inconvenience and potential damage that an uninvited beehive can bring about. Even though they are frequently harmless when left alone, bees can still be distressing, particularly if they are nesting within your home or swarming on play structures or outdoor living areas. At All Bees Removal, we offer beehive removal services whenever you need them. Our group provides urgent beehive removal services throughout Florida. 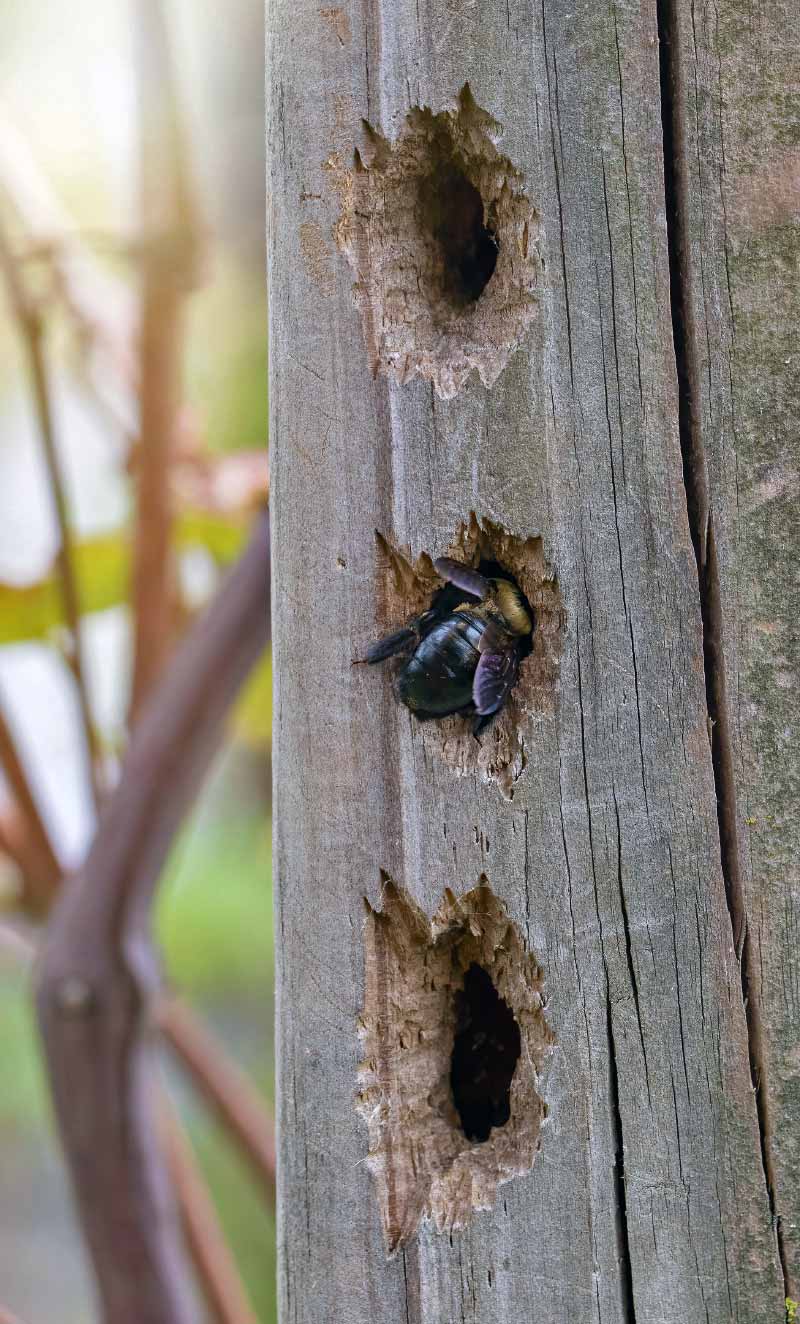 Initially, honeybee swarms enter walls through a tiny crack or gap. A swarm of bees searching for a home makes an ideal entrance site in a fallen knot hole, a broken spot in the mortar, an opening around a light fixture, faucet, or electrical meter, or a crack between the brick and the siding on a house or building.

The bees quickly create comb for storing food and brood once they are within the wall. The comb can grow to be several inches long and the breadth of the studs in just a few days. The colony may initially go unseen, but as the colony population grows, bees will become visible if they are in a busy area.

After finding bees, we take the following steps:

·     By tapping on the interior wall, hearing the buzzing, or sensing the warmth of the wall, we can identify the infested area. It ought to be considerably warmer than the uninfested area.

·     We will open the wall to remove the entire colony of bees to properly remove them. If the exterior wall is made of brick, it must be opened from the inside. The bees will either be vacuumed up and placed in a hive body or they may be placed in frames with sections of the comb before being put in a hive.

·     The comb is removed once the bees are removed, and the honey can then be used or fed to other bees. The pheromones the bees have left on the wood and in the wax, they have left in the wood will be removed when the comb is removed by washing the walls with ammonia or bleach. The possibility of luring the bees back to this wall is reduced by the removal of these pheromones. The bees’ entryway is then sealed off and the wall is replaced. We thoroughly search your home for any potential entry points that a subsequent swarm might use, and if any are discovered, we make sure to seal it.

The next step is the relocation process, which some consider to be the most crucial phase of the entire process. In addition to preventing additional infestations, relocating honeybees has several advantages, including preserving plant reproduction. To continue pollinating and producing honey, the bees that we assist are relocated to our beekeeper’s farm. Relocation enables the community to enjoy the local honey, assisting in the treatment of seasonal allergies in humans.

Contact All Bees Removal today if you think you have a honeybee hive on your property, and it is closer than you would like it to be so they can help you relocate these beneficial insects.

Miami’s diversified population is reflected in its cuisine, which has a strong impact from Latin American and Caribbean cuisine. It has given rise to the distinctive South Florida cooking style known as Floribbean cuisine by fusing the two with American food. All around Miami and South Florida, you can get a vast variety of Florida cuisine at eateries like Pollo Tropical.

Outdoor activities are possible year-round in Miami due to the tropical climate. With so many marinas, rivers, bays, canals, and the Atlantic Ocean nearby, boating, sailing, and fishing are common outdoor pursuits in the city. You’ll never lack for anything to do in Miami.